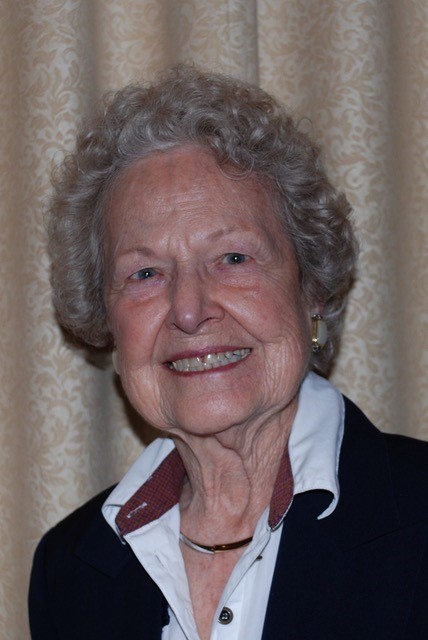 She is preceded in death by her beloved and cherished husband Richard Cook Jr., sons Thomas D. Cook and Richard T. Cook, and  sister, Jeannette Catalano.

Following graduation in 1936, she attended a local business college. She earned her Bachelor of Arts degree from Empire State College in 1969 and a Masters Degree in Economics from the University at Buffalo in 1972.

Adella was a pioneer for women of her time. In the 1940’s she worked for the Buffalo Evening News delivering the paper. She was an entrepreneur owning and operating Bennett Shore Refreshment Stand and Cabins for many years with her husband. She loved the sky and was a solo licensed aviator as well as a historical political force. For eight years, she served as the Town of Evans Assessor and on January 1, 1980 was sworn in as the first woman ever to hold the position of Town Supervisor for Evans, serving two terms.  During her terms, she established among others, the Evans National Business and Professional Women’s week, endorsed the expansion of Erie Savings Branch into the southern tier, and established the Angola-Lakeshore Alumni weekend. While in office, she worked hard to make sure the Sturgeon Point Marina was a project the town could be proud of and benefit from far into the future. To this day a flagstaff and plaque remain in honor of her late husband and sons. She was also successful in bringing cable to the Town of Evans, and establishing a town wide garbage pick-up, and was instrumental in the purchase of a Senior Citizen’s Center.

Adella was a tireless volunteer, serving on or holding office on various committees or boards, such as the Lake Shore Hospital Auxiliary, Steepleview Housing, Friendship House of Lackawanna, Community Concern of Western New York, Troop Leader for the Girl Scouts of America, Captain and Chairperson of the Local United Way, American Cancer Society, and Red Cross. She was a member of the Evans Democratic Club, North Evans Fireman’s Auxiliary, VFW Auxiliary,  She was President of the Board of Directors of Community Concern for seven years, and was influential in starting the successful Senior Services Program which served over 600 elderly in the Towns of Evans, Brant, Collins, North Collins and Eden. Her leadership was significant during a time of change from a small volunteer agency to the not-for-profit corporation they are today.

In 1983, she was named “Woman of the Year” as well as “Public Servant of the Year” from the Erie County Federation of Sportsmen. In 2009, she was inducted into the Lakeshore Wall of Fame.

An incredibly independent and resilient woman, she decided that obtaining her college degree at age 56 was not enough, so in 1992 at the age of 72, she joined the Peace Corp. Her journey took her to Sri Lanka. She was certified and had worked as a volunteer as a Master Gardner for over seven years. She became quite an accomplished artistic painter. Shortly after the Peace Corp., she moved to Florida but would still spend her summers here in WNY and PA with family.

She had such a quiet yet demanding presence and was always available for a piece of advice, honesty, or a good story. Adella will be dearly missed.

Your Mom, Grandmother, Great Grandmother was such a beautiful person and loved by so many. Her work here is done, may she be resting in the arms of the Lord. My love and condolences to all.

My sincere sympathies to all of the family. I first met her many many years ago @ a chicken cook out @ her son Rick’s & Julie’s home. The family event was quite impressive. She was a true inspiration for her family and a very impressive women of her time. Her legacy lives on in her children, and their families.
God bless,
Judy

We are so sorry for your loss but celebrate an amazing life. Cathy and Dick

Sue, we’re so sorry. What an accomished woman! The memories you must have.

Dear Cook family. My prayers and condolences go out to you all.What a wonderful and full life your mom lived. May you find peace in knowing she is at home with the Lord and your dad and brothers.

What a remarkable woman your mother was. You must be so proud of her. (Big shoes to fill)
I am so very saddened by your loss.
Enjoy all your wonderful memories.

Wendy, I am so sorry to hear of your loss. Phyllis (Wishman) Paszkiewicz

Hello I am Betsy (HOHL) Sicurella from North Evans, St Vincent’s Parish community. I want to send my condolences and prayers to the whole family. I haven’t connected with the family in many years but I will always remember your Mothers smile, kind words and being the Supervisor of the Town of Evans and the kindness of the whole family. May God Bless You all at this time..