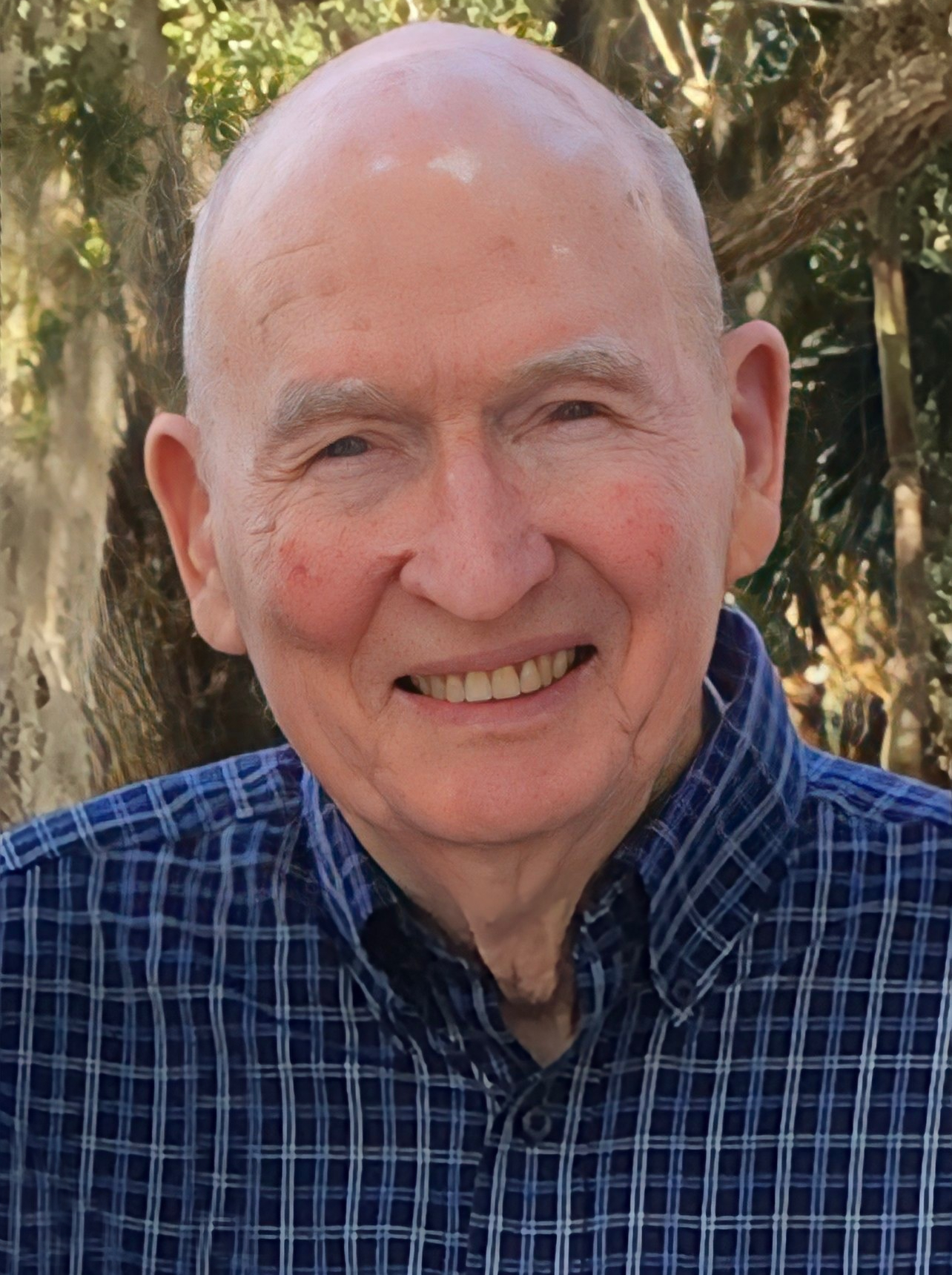 Jim Stewart, aged 89, went to be with the Lord on September 10, 2022 after a short illness which was recently discovered to be cancer. Beloved by family and friends he lived a full life up until shortly before his final illness. Throughout his life he exemplified the qualities which drew people to him: honor, commitment, service, family, and a love for the Lord.

Jim was born in Chicago, Illinois on February 15, 1933 to James R. “Bud” Stewart and Virginia Supple Stewart. He grew up in Indianapolis, Indiana together with his sister Jere Stewart (Palmgren) and his brother Doug Atkins. In 1950 Jim graduated high school from Riverside Academy located in Hollywood Florida and Gainesville Georgia before attending the University of Illinois from 1950 to 1954 on a NROTC scholarship, choosing the Marine Corps as his branch of service. While at Illinois he met the love of his life, Jane Poole, from Decatur, Georgia. After his graduation they married, and he was commissioned as a second lieutenant in the Marine Corps. His daughter Lynn was born in 1956 in Camp LeJeune, NC. Before Lynn turned two, Jane and Lynn moved numerous times, following the naval ships to which Jim was assigned as the Marine Logistics/Embarkation Officer.

Realizing that a stable home life was important to his family he reluctantly left active duty in 1957, remaining in the Marine Corps Reserves until 1967, finishing his service at a rank of Captain. The family moved to Miami Florida so Jim could attend law school, and his son John was born there in 1958. In 1960 the family moved to West Palm Beach, as he entered into the practice of law as a real estate attorney. His daughter Nanci was born there in 1961. Family life was centered around Wagg Memorial United Methodist Church and sports for many years. Jim and Jane were a constant presence in their children’s lives.

In 1967 he was appointed as the second County Judge in Palm Beach County, moving into a position as Circuit Court Judge in the Fifteenth Judicial Circuit from 1969 until his retirement in 1995. Partnering throughout his judicial career with his long time legal assistant Laurel Skier and his courtroom bailiff Art DeLong, he served in many divisions of the Circuit Court throughout his tenure on the bench, garnering (generally) the respect of attorneys who appeared before him, for his emphasis on “doing it by the book” and requirement for punctuality, precision in courtroom practice, and appearance of fairness and impartiality. He served a term as Chief Judge, and for many years also taught Evidence and other trial practice to new judges in Florida and, during the summers, at the National Judicial College in Reno, Nevada. Teaching in Reno gave his family the opportunity to travel throughout the country in their pop-up camper named “Supercalifragilisticexpialidocious” (from the Mary Poppins movie), which became the base camp for many family backcountry backpacking trips.

In retirement, following Jane’s death in December 1993, Jim embarked on a second career as an unpaid volunteer, loading planes and handling the mail, for Missionary Flights International (MFI), which serves missionaries located in Haiti and the Bahamas. In 2006, when MFI moved from the Palm Beach airport to Ft. Pierce, Jim relocated to Vero Beach. He joined Christ the King PCA Church and was an active member there for many years. Jim also cycled cross country twice by bike during early retirement, went on annual BRAG (Bike Ride Across Georgia) rides for over 20 years with family and friends and instituted the practice of taking each of his children on special trips to places like Banff, Switzerland, Scotland, Italy, and France. His grandchildren got to be with him during special “Spoilfest” adventures and also accompanied him to all the 1996 Atlanta Olympic events to which he could snag tickets.

Contributions to the memory of James R. Stewart, Jr. can be made to Christ the King Church in Vero Beach, Florida (www.ctkvb.org) or Missionary Flights International (www.missionaryflights.org).
He will be missed.

We will be holding a celebration of life ceremony of dad’s life at Christ the King Church in Vero Beach, Florida on November 12, 2022, at 2:00 pm.

I was saddened to hear of Jim Stewart’s passing. My deepest condolences to his children, grandchildren and the rest of the family. I have fond memories of attending bible studies led by Jim at the late Terri Schmick’s home. We also enjoyed talking about the sport of track and field and having a good laugh.

Jim will be missed, but I rejoice in the knowledge of the wonderful man of God that he was. Blessings!