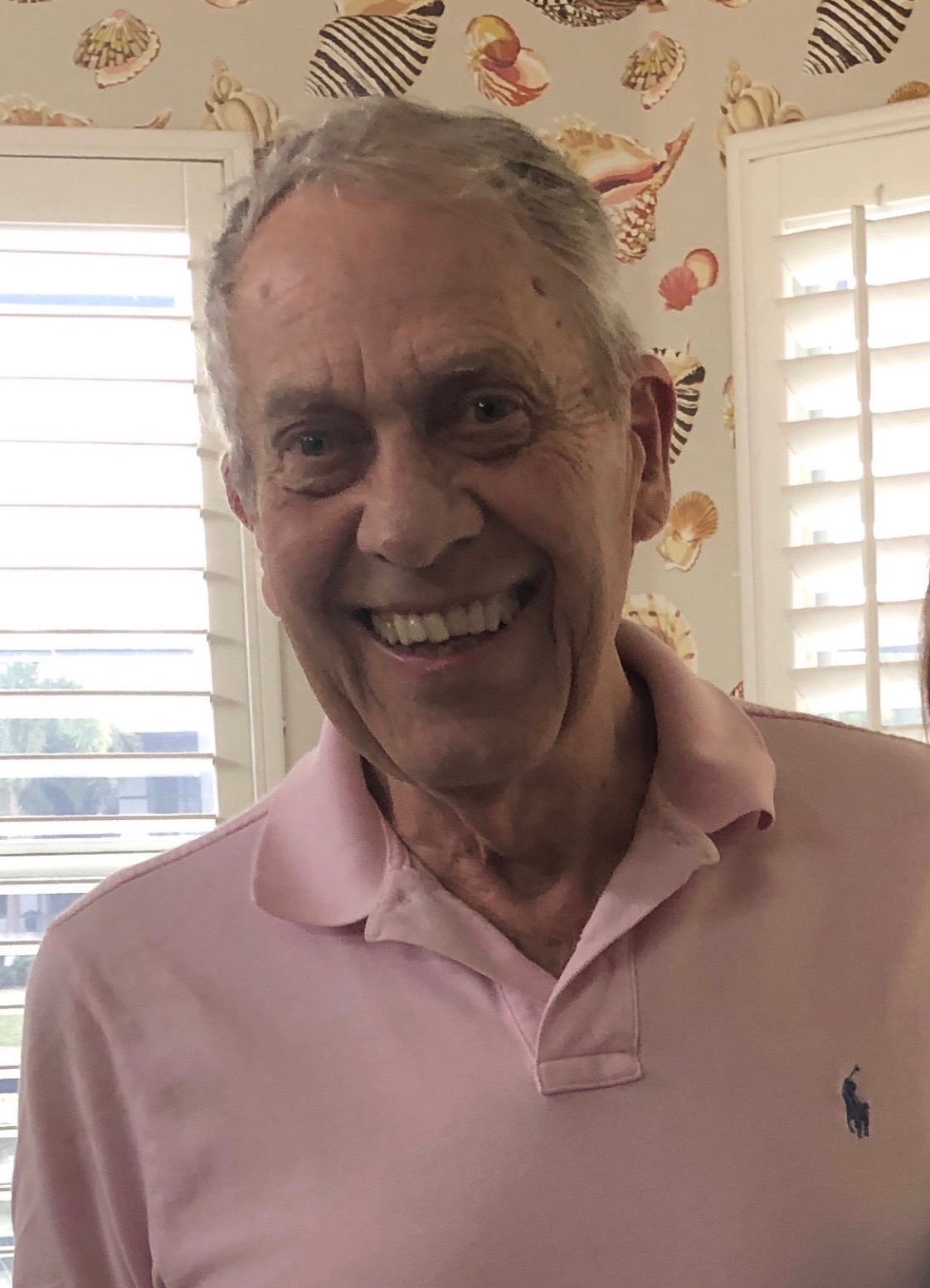 It is with great sorrow that the family of JERRY L. ROBERTS, 79 of Vero Beach, Florida, announces his passing.  He died peacefully at home on September 14, 2020 in the company of his family, due to complications from Alzheimer’s Disease. He is survived by his beloved wife Sarah (Sally) Archibald; his adored children Whitney L. Roberts (O.Grayson Miller III and their son O.Grayson Miller IV), Christie Roberts and Quinn A. Roberts; his cherished sister Nanette (Roger) Pearson; and many nieces and nephews. His former wife, Petra Walter Roberts, mother of Whitney, remained a lifelong friend.

Jerry was born on October 6, 1940, in Salt Lake City, Utah. He graduated from the University of Utah and spent the first years of his career traveling the country as a men’s clothing manufacturer’s representative, as he served simultaneously in the U.S. Army reserves. An entrepreneur at heart, he founded Jacobs & Roberts Neckwear in Los Angeles, and subsequently J.L. Roberts and Company Fine Neckwear in New York City. After nearly 35 years in retail, design and clothing manufacturing, Jerry became an owner and operator of Master & Main Enterprises, a chain of gas station/convenience stores in Bridgeport, Connecticut. He was a former resident of New Canaan and Wilton, Connecticut.

Jerry’s loved ones remember him as an avid golfer (member of Bent Pine in Vero Beach, FL and formerly The Stanwich Club in Greenwich, CT), a pop music lover, classic car aficionado and a man with the rare ability to add joy and levity to any moment. His absence is profound, and he will be missed by all who knew him.

A celebration of his life will be held once COVID passes and it is safe to gather. The family wishes to thank the countless expressions of condolences received.  Donations in his memory may be made to the Alzheimer and Parkinson Association of Indian River County.

Arrangements are under the direction of Millennium Cremation Service, Vero Beach. Online condolences may be sent to www.millenniumcremationservice.com

Beautifully written Sally. You are a superstar. Thank you for taking such good care of my brother. He was a lucky man.
I miss him dearly! Love to you, Quinn, Christie and Whitney.
Roger and Nanette

I am so sorry for your loss, Sally. Thinking of you and your family at this time.