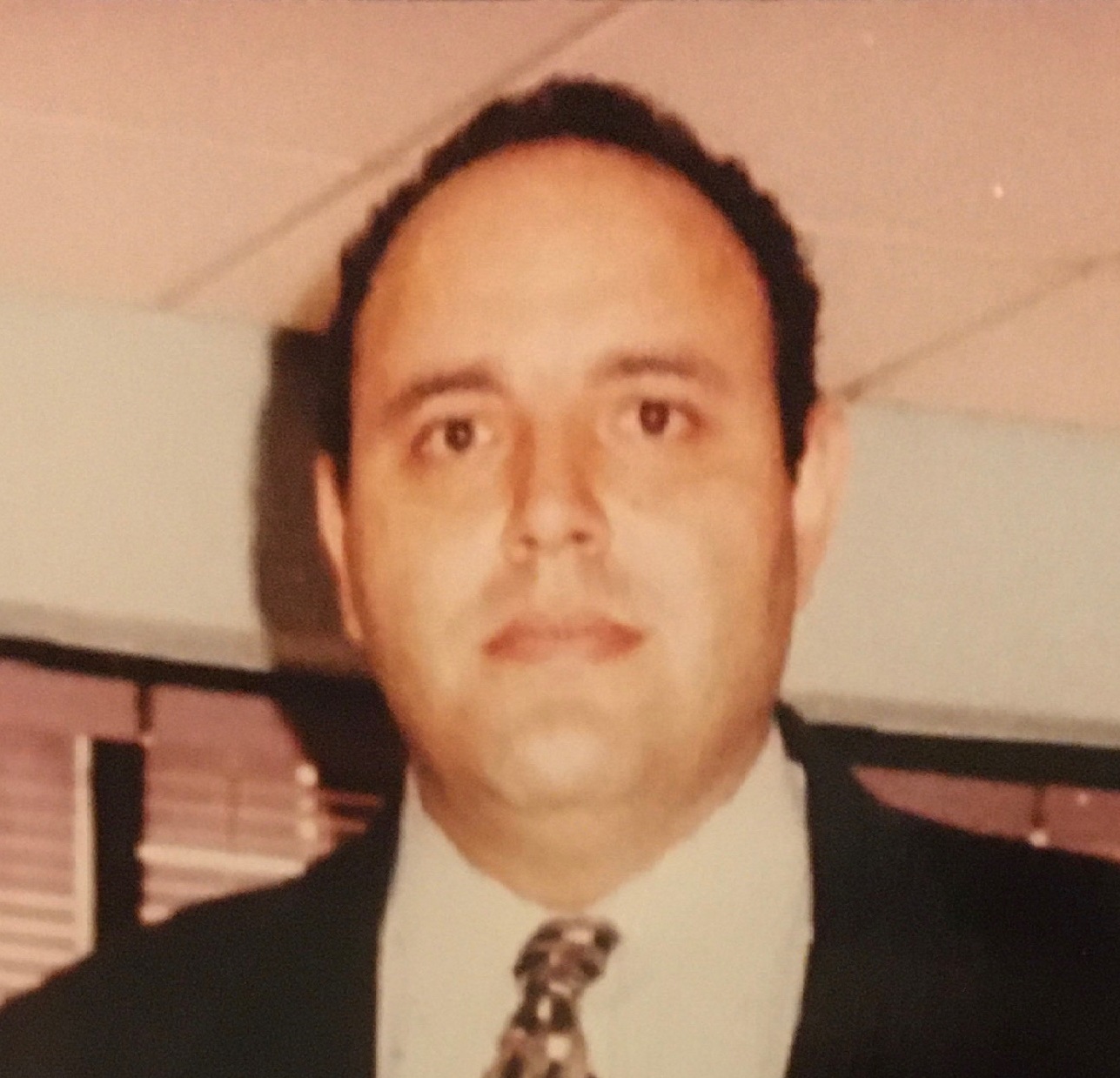 Joe was born into a military family on August 29, 1964 in Wiesbaden, Germany and later lived at Incirlik Air Base,in Adana Turkey where his father was stationed, graduating High School there.

Joe followed in his father’s footsteps and joined the United States Army. He joined the Army only under the condition that he was guaranteed that he would be stationed in Germany to be close to his beloved sister Claudia, and grandmother. He was honorably discharged from the United States Army having served in Erlangen, Germany.  Following his time in the service, Joe resided in Palm Bay where he worked many years as a District supervisor for Ryan’s Family Steak House. After leaving Ryan’s Family Steak House Joe opened up Wild 7s. Arcade on New Haven Avenue. Most recently Joe  was know as “Captain Joe” at Mattress One, where he was much loved and respected by his employers and customers.

Joe was raised in the catholic faith, serving  as an altar boy in his formative years. Several years ago Joe found the Lord and became a born again christian. Joe lived life to the fullest touching everyone’s heart along the way  He was always kind, generous and compassionate and will be greatly missed by his loving family and his abundance of friends from all over the world.

Joe leaves his memories to be cherished by his mother, Christa M. Corey-Self, sister Claudia A.T. Corey Church, and twin brother, Michael Corey of Palm Bay; niece, Jasmine Church of Los Angeles, CA; and his cousins, Gaby (Tommy) Bogner and Christina in Germany, Inge (Barry) Kinn of Kissimmee, FL., Martine Ferrieres and Yvonne Burkart in France and all of his many uncles and aunts around the world. He was predeceased by his father, Nicholas P. Corey in 1998.

In lieu of flowers, donations may be made to The Animal Sanctuary. http://www.theanimalsanctuary.org/
Condolences may be shared online at www.millenniumcremationservice.com.

Always with me my friend.

Hodja brother Joe ….
Rest now and know you are missed by those whose lives you have touched.
Buffy (Davis) Heslin
Class of 86 – The Lik 83-85

Love you Cocomo joe. That was my name for you and always will be. Love you more then you ever knew. RIH ❤️❤️❤️❤️

I will always remember Joe’s laugh and lively spirit! He and I use to joke around all the time..played football together..and got kicked off the track team for throwing shutouts into the sides of the quonset huts! Lol
He will be missed..but I look forward to seeing him again someday!
My condolences to all of the Corey family!
Fly free, Joe!!!

My heart is breaking for you all.

Joe, You were a good friend! I’ve known you since High school on Incirlik Air Base in Turkey. I was in Melbourne, Florida last year. Wish I would have stopped in and seen you!
We just get so busy in this ol world today.
God speed my friend, and my Prayers and Condolences to the family.

We’re so sorry to here of Joe’s death. We know it is a great loss for you that only time will take the hurt away. Remember it is not the end. It is only another step on his journey .He is now with God and you will see him again. If we can do anything for you PLEASE let us know.

My dear Joey, i remember you grabbing me to get in the picture at our oldies dance. You always made me laugh and have fun when you were around. I love and will miss you dearly. Hodjas all the way. Rest in peace my dear friend.

Goodbye Joey, or is it really? Thanks for all of the laughs, both in High School at Incirlik and then 2 years later when we were by-chance stationed together at Ferris Barracks, Erlangen. Good times!!!!!! See you on the other side my friend…..Hodja’s forever….

You are greatly missed and will always be loved and remembered. You were an amazing friend. I’m blessed to have had you in my life. I love you Joe!!!

Love you Joe, thanks for the love and the laughs.
Rest In Peace my dear friend.

You will stay in my heart for the rest of my life.
Love you my big men.

Words elude me for you are greatly missed. It is hard to believe you are gone. Many blessings to your family and all the people whose lives you impacted. Rest well my friend.

This is one of the main messages available that gives a state-of-the-art take a gander at the entire scope of security and IA subjects. You will likewise get serious practice with TEAS-style inquiries in perusing, arithmetic, science, and English and language utilization. The book additionally incorporates a whole part of contextual analyses that centers around differential analysis and the executives of microbial diseases. All the data, recipes, systems, and models that you have to plan for all intents and purposes any sort of wood structure or basic wood part that is the thing that you get in this vital, refreshed handbook. To help handle complex material rapidly and effectively, a glossary is given. Utilize Schaum’s to abbreviate your examination time, increment your grades, and get your most ideal last grade. An initial book can’t in any way, shape or form spread these themes, henceforth the accentuation of the third version stays on the physical standards and the utilization of these standards to forms. The customarily discrete subjects of ‘genuine examination’s and ‘complex investigation’s are accordingly joined in one volume.
https://thriveglobal.com/?p=1059556&preview=true This modification means to address changes that have produced results since the distribution of the subsequent version. To help handle complex material rapidly and effectively, a glossary is given. The most generally utilized elucidating geometry content – highlighting a rearranged association that presents standards in moderately short units arranged by need and of trouble. He has likewise voyage widely in Europe working with expert and beginner artists, improving their German lingual authority. In spite of the fact that composed fundamentally for forthcoming instructors of singing, vocal music teachers, ensemble chiefs, voice mentors and middle of the road to cutting edge level artists will likewise discover the content valuable as a course reading, instructional pamphlet, and general reference book. Noted AP picture taker and photograph manager, Brian Horton takes you past the fundamentals of focal points and introduction times to offer an uncommon, insider’s viewpoint on the workmanship and specialty of photojournalism. You get total inclusion of everything from wood properties and primer plan contemplations through the most recent data on cements. A full-shading audit of the clinically significant parts of microbiology Includes in excess of 20 contextual analyses The twenty-6th release of Jawetz, Melnick and Adelberg’s Medical Microbiology conveys a compact, modern outline of the jobs microorganisms play in human wellbeing and disease. Written by Lorraine E. McChesney.