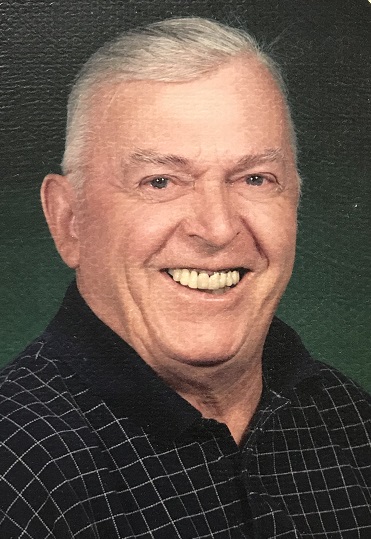 John was born in South Boston, MA to Roger and Mary Canny. He has been a winter resident of Barefoot Bay for more than 20 years.

He was a graduate of South Boston High School and soon after enlisted in the United States Air Force, serving during the Korean Conflict and also stationed in Japan.

John attended Friendship Christian Community Church, Sebastian, FL.  He was also a member of the Irish Club, the Italian Club and the German Club of Barefoot Bay.

John retired from the United States Postal Service as supervisor after 30 years of faithful service.

John is survived by his devoted wife, Carolyn B Canny with whom he celebrated 35 years of marriage.

A memorial service will be held at a later date.  Interment will be in Massachusetts National Cemetery, Bourne Massachusetts.

I’m so sorry for your loss. We had a wonderful visit with Buddy this fall in Falmouth when Jimo was laid to rest! It was even on Buddy’s birthday! May warm, happy memories bring you peace! Peg’s cousin!

My heartfelt condolence to Carol, Jack, Jill and all of Buddy’s family and friends. I’m so sorry for your loss. He reminded me of that song, “When Irish Eyes are Smiling,” so I’ll always think of him laughing and remind myself to smile every chance I get.

Carol, I was sorry to hear about Buddy, I’m glad we got to have a wonderful visit with him at my sister Peggy’s house and that everyone got to wish him aHappy Birthday. My condolences to you and the family.

My deepest sympathy on the passing of your dad. Praying for comfort and it is never easy to lose a loves one but we can always cherish the memories and foundation they left and laid.

My deepest sympathy on the passing of your dad. Praying for comfort and it is never easy to lose a loves one but we can always cherish the memories and foundation they left and laid.

Carol, so sorry for you & your families loss of Buddy. It was nice to see him at Peggy’s, he was so positive & always had a big smile. He’ll be smiling down on you from Heaven where he will be reunited with siblings.