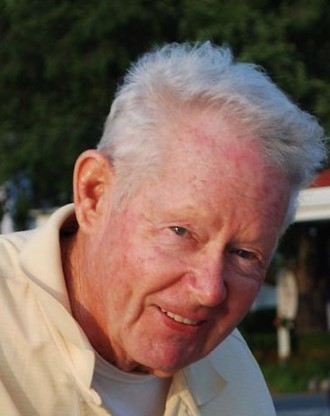 John (Jack) F. Buchanan III, 90, transitioned peacefully holding the hands of his wife and children while at home, on July 26, 2022, after a battle with a rare cancer. Jack is survived by his wife of 54 years, Gail; his children, Dan (Omar Sanabria) and Elizabeth (William Toprtizhofer); grandchildren, Zachary and Annika; sister in law, Sara Tenenbaum; nephews Joseph McKenna (Kris), David McKenna, and Todd Campbell. While his immediate family was small but mighty, Jack leaves behind countless friends and teammates. Jack was a friend to all and has touched the lives of many from his time in New Jersey to Wisconsin to Florida. Like the cancer that took him, Jack was one in a million.

Jack grew up in Philadelphia, PA (Go Birds!), where he attended the Episcopal Academy, after which he served his country in the US Army. He then attended University of Georgia, where he completed his Bachelor of Science in 1956. He dedicated his life to helping people, from his commitment to public welfare and social services at the Cape May County Welfare Board, where he worked for 34 years. One of the highlights of Jack’s time at the Welfare Board was dressing up as Santa Claus and delivering gifts to children with developmental disabilities at Christmas. In addition, for over 40 years, he worked with hundreds of kids, touching generations of families, at the Wildwood Crest Recreation Center. He taught and coached basketball and other sports, but more importantly, he instilled the importance of sportsmanship. To this day, people talk of Jack’s legacy in the Wildwoods and beyond.  It should be no surprise that his high school photo included the words, habet cor viri ludi: He has the heart of a sportsman.

Jack and Gail retired to Barefoot Bay, Florida in 2002. Jack’s retirement days were blessed with golfing, softball, swimming, and gym workouts. He was in better shape at 90 than most people in their 50s! Jack was very involved in the Barefoot Bay Senior Softball League, where he played for 19 years as a pitcher, first and second baseman–during that time, he only missed 2 games. For a few years, when Jack was in his 80s, he was also a pinch runner where he helped out the “old guys.” He was named sportsman of the year for the 2010-2011 season; sportswriter for the league for 15 years; secretary for 3 years; and oversaw the sportsman and service award for 12 years. In his last softball season, Jack’s team won the 2022 league and tournament championship.  He was blessed with many visits and calls from softball players and golf partners before his passing and he was surrounded by their love and friendship.

To really understand what kind of person Jack was, consider the award he received in 2017 from the City of Wildwood’s Mayor and City Council, which stated: “In the course of a person’s life, many people will cross your path. Some you will not even know they passed and then some are those that have such a dramatic impact that you will never forget them. Mr. Jack Buchanan is one such man that touched the lives of so many people.”

Jack, one of the most modest and humble souls to grace this earth, never said a bad word about anyone nor did he lose his patience at a bad call at the field or bad bounce on the golf course. He did his best to teach others how to hit those long, straight drives, but leaves behind plenty of golf balls for others to keep trying. Jack celebrated two holes-in-one during his lifetime, at the 7th hole at the Wildwood Golf and Country Club and the 2nd hole at the Sebastian Golf Club.

if you ask anyone about Jack Buchanan, they will say that he was the nicest man you would ever know. Flags flew at half-mast throughout Wildwood Crest, New Jersey in his honor.

As in life, in his death, Jack continues his dedication to children from all walks of life, especially those in need of help. Donations may be made in his honor to the St. Jude’s Children’s Hospital. A celebration of this amazing life will take place in Barefoot Bay, Florida at a later date.