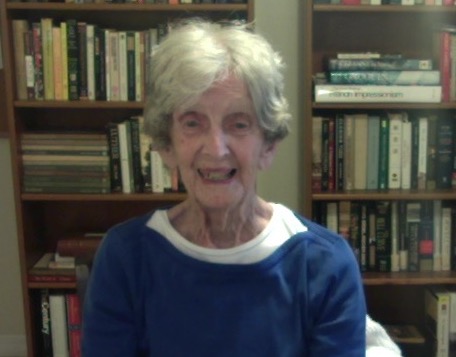 Mary Therese Mack, 90, of Vero Beach, Florida died Saturday, October 5, 2019 in her sleep from complications with cancer.   She was born in Springfield, Massachusetts, daughter of Robert Welch and Elizabeth Cline Welch of West Springfield.

Mary received her Masters in 1977 from University of Vermont and her Doctorate in 1981 from the University of Florida.   She had been an elementary teacher Massachusetts, Connecticut, Honduras, Puerto Rico and in different counties of Florida including Indian River County.  She would later work with Florida International University as bilingual program coordinator. Before retiring she worked as a teacher overseas for several years with the U.S. Dept. of Defense in the Philippines and in Germany.

On behalf of the family of Richard Francis Mack, I am sending condolences and love to Aunt Mary’s family ❤️
-Barbara Mack

Our thought and prayers are with your family. Doctor Davila and his team will miss her.

Condolences from the extended Kouns family. Mary was a human dynamo and a good role model for the rest of us with regards to making positive changes in our society….