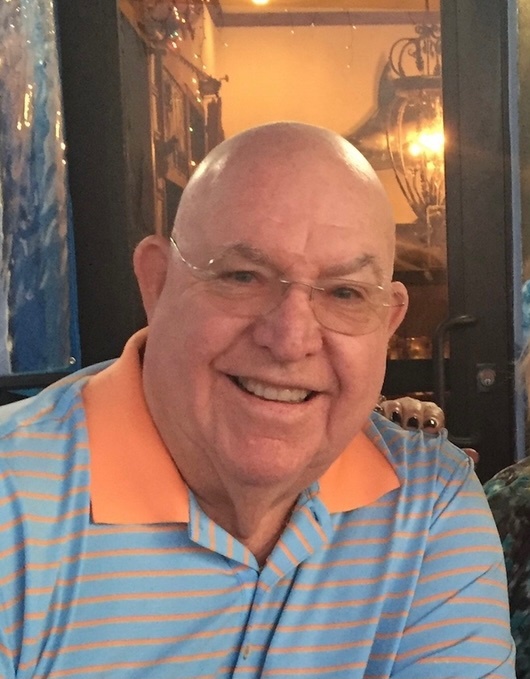 Merle Hauser of Vero Beach, Florida and Beloit, Wisconsin entered peacefully into heaven on 9/9/21 at the age of 82.  He was the son of the late Merle and Marion (Anderson) Hauser.

Merle was born in Jefferson, WI and went on to lead an amazing life.  He graduated from Jefferson High School in 1957 and went on to Marquette University, graduating in 1961 with a BS in Mechanical Engineering.  He met his bride Virginia Ballard in Milwaukee and they wed in 1962.  He began his career as a staff engineer at the Beloit Iron Works in 1961 and advanced to Senior Vice President of Beloit Corporation, retiring in 1997.  Throughout his career he traveled to 4 continents and many countries making friends across the world.

Merle enjoyed a zest for life and among his many accomplishments he was a scratch golfer, winning numerous tournaments throughout his life in Jefferson, Beloit and Vero Beach.  He was a Class A racquet ball player and an accomplished bowler.  He was an expert woodworker and many of his loved ones are fortunate enough to own some of his creations.  He had a love for boating and successfully navigated from Lake Michigan to the Gulf of Mexico with Gini as his First Mate.  He became a Ruby Life Master in contract bridge and was a member and former President of the Vero Beach Bridge Center.

He will be loved and missed by his wife Virginia Hauser, his children Susan Primelo and her husband Ralph, Richard Hauser and his wife Claudia, Teresa Hauser, Karen Hauser, and grandchildren Anthony and Marc Primelo and Nella and Richard Hauser, Jr.  He was predeceased by a brother, Tom Hauser.

Funeral ceremony is private. In lieu of flowers, donations can be made to the Vero Beach Bridge Center, 1520 14th Ave, Vero Beach, FL 32960.

Wishing your family peace and sharing of many happy memories

So sorry Karen. Thinking of you.

May he Rest In Peace what good life he lived.