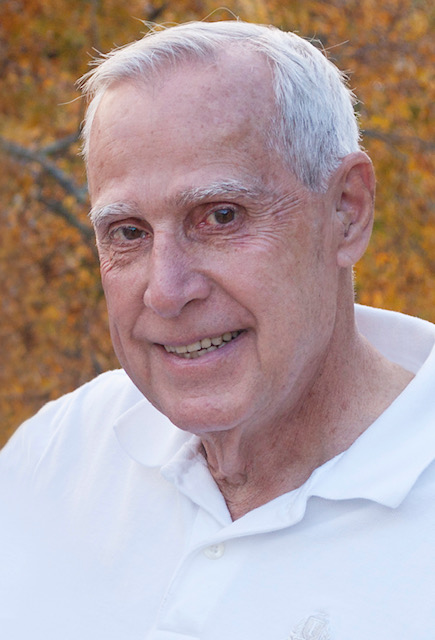 Richard was born on November 8, 1930 to the late Hazel Mary (Foisey) and Herbert Charles Hamel. He graduated from Saint John’s Preparatory School and Merrimack College. From 1951-1953, Richard served in the U.S. Army during the Korean War.

For the majority of his professional life, Richard worked for the family-owned business L.H. Hamel Leather Company located in Haverhill. He was a tanner and an executive there and when the family business closed he continued to be employed in the leather industry. As an executive, what he enjoyed most was his ability to help others, which was further reflected in his contributions to Community Action during the early years and as a Guardian ad Litem in his later years.

In 1992, he retired to Vero Beach with his wife Adele. They were married 62 years. Together with family and numerous friends, he enjoyed card games, beach walks, cruises, and watching the full moon rise from the ocean horizon. Those who enjoyed his friendship will remember him for his generosity, quiet sense of humor and a wonderful appreciation for life. Some will remember him for his love of poetry, others will remember him as an adventurous skier and some for his story-telling. A calm, humble and gentle soul, he will be dearly missed by his family and friends.

He was preceded in death by his son, Stephen Paul Hamel and brothers, Herbert Charles Hamel, Jr. and Donald Hamel.

The family of Mr. Hamel would like to express their heartfelt appreciation to the nurses and staff of the VNA Hospice.

At the request of the family, there will be no services. In lieu of flowers, charitable contributions to agencies serving children, or to any other preferred charity, are appreciated.

Adele,Ruth,Jane and family me and Carolyn and max would like to extend our sincere sympathy

I was saddened to hear of the death of my cousin and friend Dick Hamel; but I he was a good and very kind soul and fortunate to have lived a long life.
My condolences to Adele and his entire family.

Adele – We were so sorry to hear about Dick. Tom and Sandra Perrault

My thoughts and prayers are with your family.

Dick will be sorely missed by family and friends! He was a very nice man and extremely kind father in law!
May he Rest In Peace!

In our house, Dickandadele was one word. Never one without the other and so my first thought is that I cannot imagine a world with them separated. Uncle Dick was a man of integrity, humble, and kind. Heaven has gained a good man this week and he will be missed greatly. My heart goes out to Aunt Adele, Ruth, Jane, and their families. I will mourn this loss, but I will also celebrate a life well-lived.

Adele
So very sorry for your loss of this great guy. The Lynch Families of Haverhill are sending prayers and hugs your way.

sorry for your loss. dick hamel sent a very nice letter a number of years back when my father passed. Roy henry bourque. I remember it and it was nice of him. He was my godfather and my father was friends with him growing up and talked very highly of him.