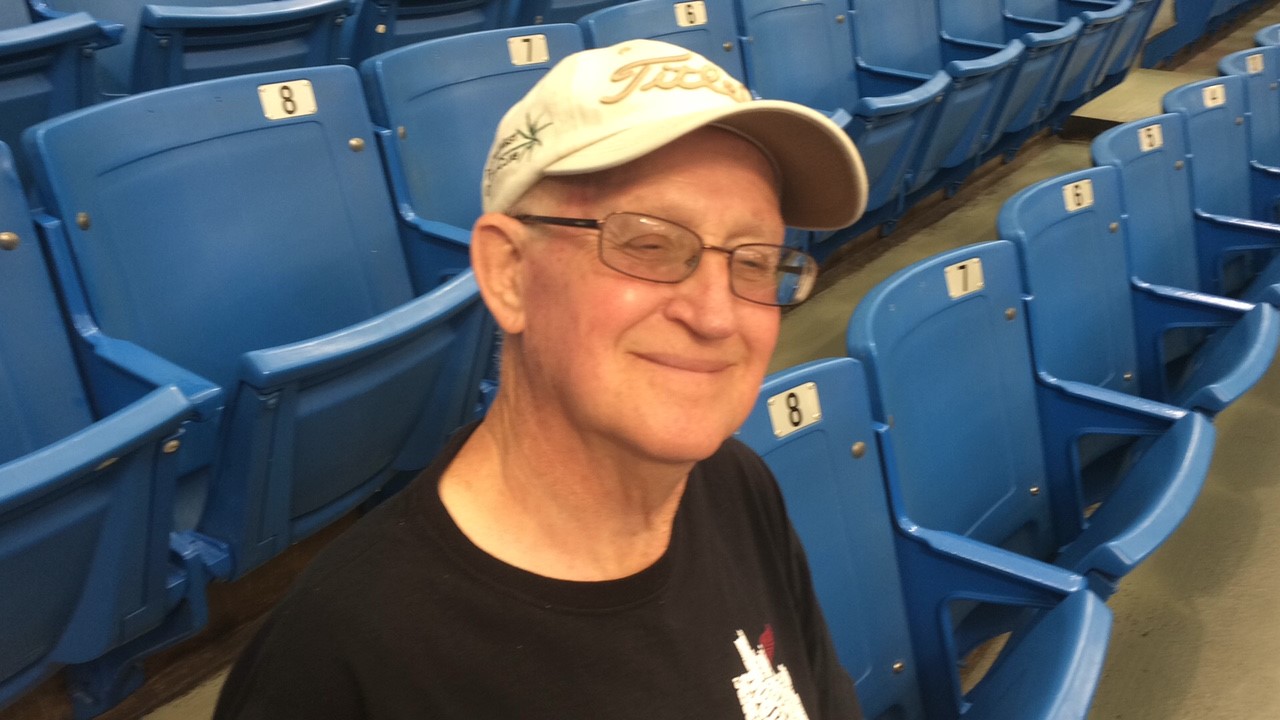 Timmy Edward Lewandowski went to be with the Angels on February 20, 2021.  Tim was born December 27, 1950 in Scottsbluff, Nebraska to parents Paul and Georgia (Pearl) Lewandowski.  Time was predeceased by older brother Val Lewandowski who passed away when he was very young.  Tim loved his parents, sister, Vicky Settles and brother Dennis Lewandowski.  He grew up in Mitchell, Nebraska and graduated from Mitchell High School in 1969.  he moved to Saginaw, Michigan after High School and went back to marry the love of his life, Deborah (Fegler) Lewandowski of Scottsbluff, Nebraska in 1972, bringing her to Michigan with him.  He instantly became the favorite of Deb’s family, the Feglers.  He leaves behind Brothers and Sisters-In-Law, Evelyn Fegler, Ken & Sue Fegler, Wendy & Mark Jensen, Becky Mehling & Travis, Judy & Rick Kuxhausen and Cindy Lewandowski.  Tim also loved the Brother-In-Laws he lost, Bob Fegler, Terry Fegler and Vern Fegler.  Also lost prior to Tim’s passing were the parents who gained another son, Walter and Darline Fegler.

After returning to Michigan, Tim graduated the EIT program and worked for General Motors for 25 years as a Maintenance Electrician at Saginaw Malleable Iron.  He retired from GM, then went back into the same facility as a consultant until moving with Deborah to Vero Beach, Florida in 2003, working at Complete Electric up until his passing.  There, he had a great boss, Garrett Guidoz and his brother Kenny, who meant a great deal to him.  Tim also leaves behind his wife, Deborah Lewandowski, who will miss the love of her life of almost 49 years.  Tim always took care of Debora and the two of them were inseparable during all this time.  Tim was a wonderful, loving Dad and Papa to his children and grandchildren.  He also leaves behind the pride of his life, his children, Heidi (Lewandowski) Soares, her husband Alex Soares, Marty Lewandowski, his wife Lisa Lewandowski and his special granddaughters, Kerin, Eliza and Isabel.  He was predeceased by his parents and Mother and Father-In-Laws.  He had many special nieces, nephews and cousins he treasured.  Hope you all know how special you were to him.  He was a wonderful man, who was always trying to make sure others enjoyed themselves, never worrying about himself.  Cremation has already taken place and a memorial service will be held at a later date.

Arrangements are under the direction of Millennium Cremation Service.  Online condolences may be left at www.millenniumcremationservice.com

I am sending my condolences for your loss. Shared memories are the best healing. Prayers.

Deb and family
So sorry for loss of your loving husband father and grandpa-his family was his pride and joy!
He will watch over you from above!
GodBless you during this sad time!
Treasure your fun loving memories!
Sincerely
Paul and Debbie Krantz
Lincoln, Nebraska

Such a beautiful tribute to Tim. I love it — I love all of you. Thank you for taking such good care of my brother all these years. Forever, Vic

Tim was my mentor. We had alot of fun hunting and fishing. He was (is) a really great brother I will miss him. I am really gonna miss golfing with him.

Tim was a wonderful, fun, loving uncle. I have many great memories with him at holidays and/or hanging out at my grandparents house. Tim always made time to talk, give advice, and listen to his nephew. He will be missed.

Rest with the angels, Tim! You were a good man & the Lord has gained another Angel!
Your family is in my heart & prayers!
Donna (Johnson) Skinner

We were so sorry to hear the sad news about Tim. We want the family to know that we are thinking and praying for your peace and comfort! May God be there with each and everyone of you during this difficult time!
Love from,
Bob and Debra Lewandowski

We have you in our prayers. Tim always a good friend, he will be missed greatly.

Tim was a co-worker of mine at Complete Electric, a friend, a golf buddy and a mentor. I shared many wonderful moments with Tim and am deeply saddened by his passing. He was a great man to so many. My prayers and best wishes go out to his family and all that knew him.