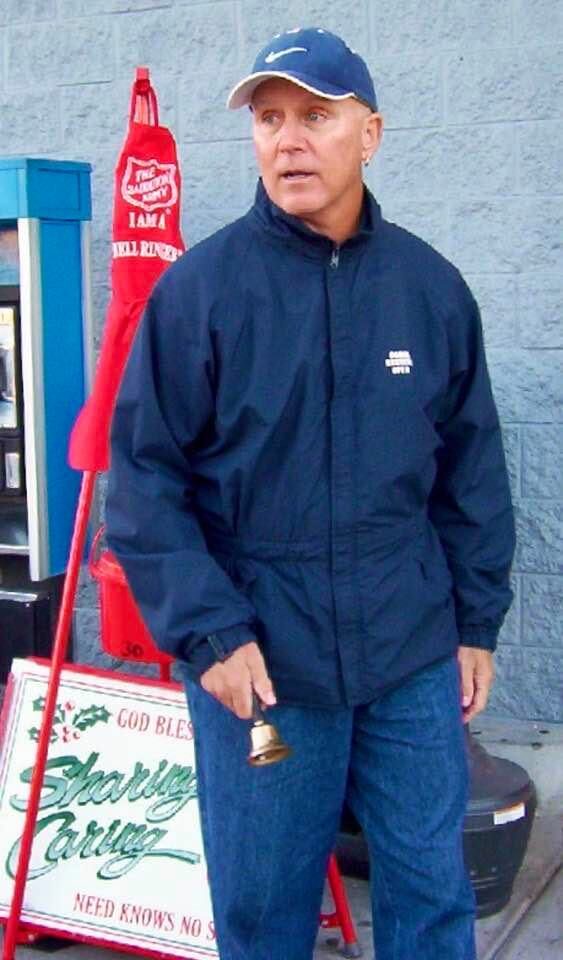 William John Collins (Billy) 76, of Vero Beach, Florida, passed away after a long battle with Alzheimer’s disease.  He was born in Syracuse, NY, graduated from East Syracuse High School in 1961, where he played baseball, football and basketball.  He was voted “Class Clown” and carried that humor into his life, entertaining his friends and family throughout the years with his quick wit.

He served in the U.S. Army and as an Army Ranger in the 1960s, and was proud of his service.  He moved to Kendall Lakes in Miami, Florida in the 1980s where he raised his family.  He began his career as a salesman, working for Campbell Soup Company and Proctor and Gamble, and later, as a partner in a food brokerage company until his retirement.  Thereafter, he moved to Pompano Beach and then finally to Vero Beach with his wife, Caroline, where he was active volunteering at the Salvation Army of Indian River County, as a bell-ringer at Christmas, and serving on the Advisory Board.

Billy is survived by Caroline Collins; a son, Timothy Scott Collins of Vero Beach and his two children, Billy and Skye; a son, Shawn Michael (Beth) Collins of Los Angeles, CA, and his two children.   He is also survived by two brothers, John (Gerri) Powers and Timothy (Kathy) Collins, and a niece and several nephews.  He was predeceased by his parents, Robert Luby Collins, Dora Keysor Powers and Durward (Doc) Powers.  Billy was blessed with many friendships from his hometown and throughout his life.  Most especially, among his most loyal supporters in Florida has been, his dear friend, Harold Turk, who deserves a debt of gratitude.

Billy will be remembered for his wit, his mischievous and captivating smile, charitable nature, entrepreneurial and adventurous spirit and his fierce loyalty to his family and friends.

.y deepest condolences to my dear friend Caroline Collins and to all the family of Billy . He was a sweet man with a big heart and loved by many. I spent a lot of time with him and I enjoyed his company.
My love and prayers are with the family.
Haydee Phillips

We are happy to have known Billy and witness the love of Caroline who cared for him heroically! Robin n Joe

Our lives have been greatly enriched having known Billy. He was a cherished friend & confidante. His wisdom, knowledge & determination set him aside from others. Billy was a true friend! He will be in our Hearts forever. Love and condolences to Caroline & Billy’s family! Richard & Peggy

Dear Caroline and family of Billy Collins,
He made us laugh and that gave him joy. May he rest in peace. With sympathy, Patricia Connor

I recall the many times that my neighbor Billy made me laugh! He was always ready with a joke or funny comment. Under that patina of humor was a genuine caring and compassionate human being.
R.I.P Billy ☹️